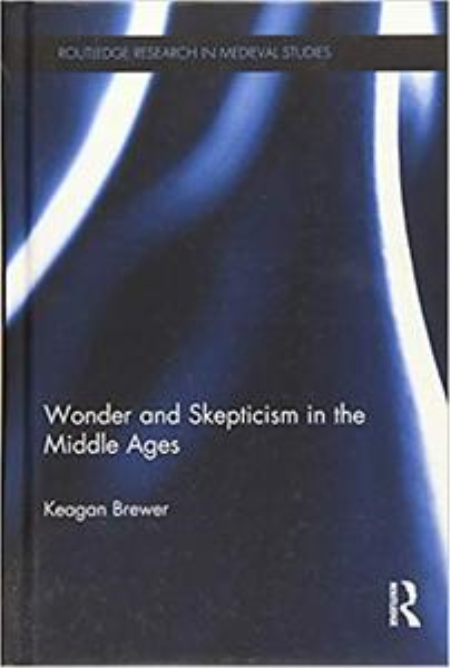 Wonder and Skepticism in the Middle Ages explores the response by medieval society to tales of marvels and the supernatural, which ranged from firm belief to outright rejection, and asks why the believers believed, and why the skeptical disbelieved.

Despite living in a world whose structures more often than not supported belief, there were still a great many who disbelieved, most notably scholastic philosophers who began a polal programme against belief in marvels.

Keagan Brewer reevaluates the Middle Ages’ reputation as an era of credulity by considering the evidence for incidences of marvels, miracles and the supernatural and demonstrating the reasons people did and did not believe in such things. Using an array of contemporary sources, he shows that medieval responders sought evidence in the commonality of a report, similarity of one event to another, theological explanations and from people with status to show that those who believed in marvels and miracles did so only because the wonders had passed evidentiary testing. In particular, he examines both emotional and rational reactions to wondrous phenomena, and why some were readily accepted and others rejected.

This book is an important contribution to the history of emotions and belief in the Middle Ages.