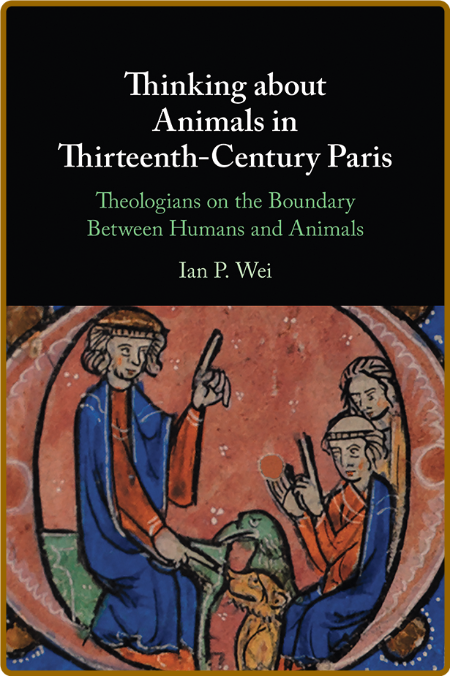 Exploring what theologians at the University of Paris in the thirteenth century understood about the boundary between humans and animals, this book demonstrates the great variety of ways in which they held similarity and difference in productive tension. Analysing key theological works, Ian P. Wei presents extended close readings of William of Auvergne, the Summa Halensis, Bonaventure, Albert the Great and Thomas Aquinas. These scholars found it useful to consider animals and humans together, especially with regard to animal knowledge and behaviour, when discussing issues including creation, the fall, divine providence, the heavens, angels and demons, virtues and passions. While they frequently stressed that animals had been created for use by humans, and sometimes treated them as tools employed by God to shape human behaviour, animals were also analytical tools for the theologians themselves. This study thus reveals how animals became a crucial resource for generating knowledge of God and the whole of creation.

Unscripted – Conversations on Life and Cinema

Slow Places in Béla Tarr’s Films – The Intersection of Geography, Ecology and Slow…