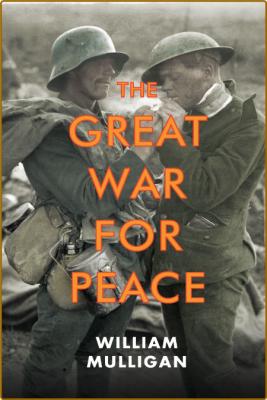 The war to end all wars” rings out a bitter mockery of the First World War, often viewed as the seminal catastrophe of the twentieth century, the crucible from which Soviet, Fascist, and Nazi dictatorships emerged. Today’s conventional wisdom is that the Great War attuned the world to large-scale slaughter, that post-war efforts directed by the Treaty at Versailles were botched, that unbridled new nationalisms made the Second World War inevitable.

This provocative book refutes such interpretations, arguing instead that the first two decades of the twentieth centuryand the First World War in particularplayed an essential part in the construction of a peaceful new order on a global scale. Historian William Mulligan takes an entirely fresh look at the aspirations of statesmen, soldiers, intellectuals, and civilians who participated in the war and at the new ideas about peace that were forged. While the hope for ultimate peace may have legitimized and even intensified the violence of the war, it also broadened conventional ideas about international politics and led to the emergence of such institutions as the League of Nations and the International Labour Organization. The experience of the First World War reinforced humanitarian concerns in political life and focused attention on building a better and more peaceful world order, Mulligan shows. Such issues resonate still in the political and diplomatic debates of today.