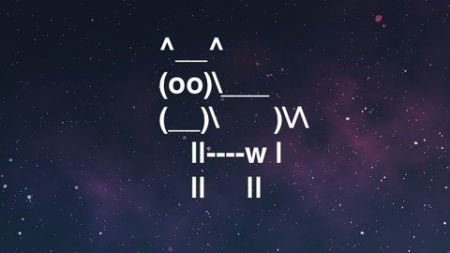 This entire course is aimed at bners, but if you’re familiar with Linux or even other operating systems, you’ll still get something out of the later sections in the course.

How to write shell scripts in bash

How to use the command line

How to use vim to create files

How to parse and manipulate strings and text files

How to use variables

How to write loops to repeat a process

How to understand logic and programming

At the end of the course, you’ll have your own template script you can use to start creating your own.

You won’t find any slides on this course; it’s all hands-on work that lets you learn as you code. After the introduction, you’ll start writing a script right away and I’ll explain each line of code, what it does, and why you want it.

Throughout the course, you will write 20 different scripts:

first_script will print text to the screen (created with echo)

vars will assign and prints a variable

literal will assign and print a literal variable name

if will do simple conditional checks

rename a broken script that will batch rename files using `if`/`else`/`mv` and more, bu quires you to fix it (debugging practice)

logging will log to a file in three ways (INFO, WARN, DEBUG) using a log with the same name as the script

parse_args will parse for different arguments

The start of the course is intentionally slow and broken into many small lectures. This allows you to really understand what’s going on and let you absorb what you’ve learned and then apply it to a real-world example. In addition to learning shell scripting, you’ll also learn about macOS and Linux in general as this helps you write better scripts.

I recommend using a Mac for this course because it has everything you need to get started without having to install anything extra. I’ll also be working on a Mac throughout the course. But you’ll be able to run all the same scripts from a Linux machine, or even a Windows machine that runs the Windows Subsystem for Linux. There will be some differences in those cases, but I’ll explain them as we go.

If you’re learning this for work, the first sections can get you up to speed quickly, while the later sections can help you uncover advanced topics you may need for your job.

If you’re joining the course for your personal life, you can automate some tedious tasks you may do such as renaming files, data entry, finding things, etc.

People curious about programming that need an easy place to start

People who have tried to learn programming but gave up