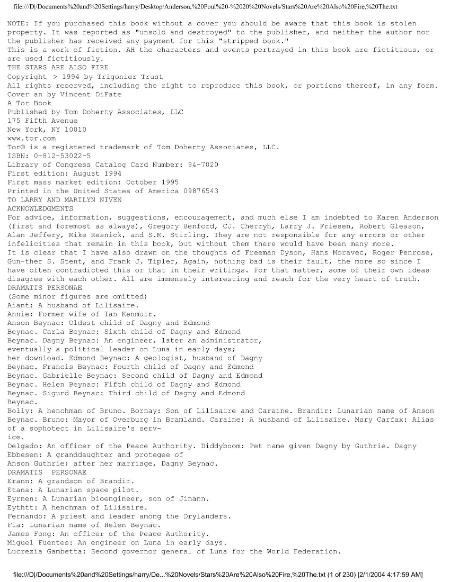 On a far-future Earth, a linked system of artificial intelligences called the cybercosm runs the planet and the universe far more efficiently than any flesh and blood ruler ever could, in essence rendering the human race obsolete. On the Earth’s moon, genetically engineered Lunarians carrying the DNA of Dagney Beynac-a descendant of the legendary Anton Guthrie, founder of the powerful and visionary Fireball Enterprises-struggle to preserve their lives, their freedom, and their satellite’s resources in the face of threats posed by encroaching humans and controlling machines. Over a span of five centuries, tensions have increased in the wake of the political and technological revolutions that reshaped their universe. And suddenly radical change is in the offing once more, as a secret kept hidden since the earliest days of Lunar colonization is about to be revealed-one that could effectively shut down the cybercosm and plunge the universe into chaos.

Poul Anderson advances the worlds-shattering circumstances he so brilliantly introduced in Harvest of Stars, creating a vision of the future that is at once astonishing, provocative, and troubling. A true science fiction classic, The Stars Are Also Fire explores deep questions about the nature, complexity, and worth of humankind in an unforgettable novel considered by many to be Anderson’s masterpiece.