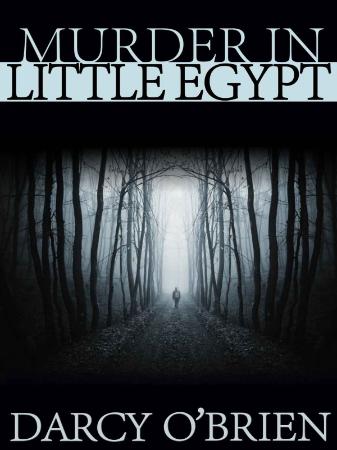 A compelling chronicle that uncovers the truth behind two ghastly crimes and lays bare the divided psyche of their perpetrator. Murder in Little Egypt encompasses “stunning material,” says Nobel Prize-winner Seamus Heaney, that is “handled with justice and fastidiousness by a natural storyteller.”

Indeed, the unimaginable crime of filicide takes on the cast of tragic inevitability in this haunting true tale of violence, greed, revenge, and death. Fusing the narrative power of an award-winning novelist and the detailed research of an experienced investigator, author Darcy O’Brien unfolds the story of Dr. John Dale Cavaness, the southern Illinois physician and surgeon charged with the murder of his son Sean in December 1984. Outraged by the arrest of the skilled medical practitioner who selflessly attended to their needs, the people of Little Egypt, as the natives call their region, rose to his defense.

In the subsequent trial, however, a radically different, disquieting portrait of Dr. Cavaness would emerge. For throughout the three decades that he enjoyed the admiration and respect of his community, Cavaness was privately terrorizing his family, abusing his employees, and making disastrous financial investments as well as carousing, brawling, and womanizing. What was not revealed in the trial, however, was that seven years earlier, in a homicide that had never been officially solved, the body of Cavaness’s firstborn son, Mark, had been found shot dead in the woods of Little Egypt.

As more and more grisly details of the Cavaness case come to stark Midwestern light in O’Brien’s chilling account, so too does the hidden, gothic underside of rural America and its heritage of violence and blood.

DARCY O’BRIEN is the author of the novels, A Way of Life, Like Any Other, which won the Ernest Hemingway Award for the Best First Novel of 1978, and The Silver Spooner as well as the nonfiction bestseller Two of a Kind: The Hillside Stranglers.

From Publishers Weekly
The southern triangle of Illinois has been known as Egypt or Little Egypt since 1832, when northern Illinoisans journeyed there to buy corn after a difficult winter. In this riveting historical true-crime acount, we read about John Dale Cavaness, who grew up there and returned to practice medicine when he completed his training. With his second wife he had four sons and became one of the most beloved men in the area, often treating patients without charge. But at home he was tyrannical, beating his wife and eventually leaving her for his mistress, and criticizing his sons. University of Tulsa English professor O’Brien ( The Silver Spooner ) sho how this complex human being disintegrated, turning to drink and drugs and squandering his considerable income on chimerical schemes, until he killed two of his sons, presumably to collect the insurance. Convicted and sentenced to death, Cavaness committed suicide in prison. Literary Guild alternate.
Copyright 1988 Reed Business Information, Inc.

From Library Journal
Dale Cavaness, a family practitioner, was worshipped in the small town region of southern Illinois known as Little Egypt. But the doctor was also a Mr. Hyde who terrorized his family, was convicted of drunk driving and reckless homicide, and was indicted for deceptive medical practice. Still, the shooting death of his son, Mark, in 1977, was seen as a tragic accident–until Cavaness was convicted of the 1984 murder of another son, Sean. The motive for these heinous crimes was insurance money. With the cooperation of surviving family members, O’Brien, who last wrote about the Los Angeles "Hillside Stranglers" in Two of a Kind ( LJ 9/1/85), has fashioned a chilling account of the psychopath as physician. Recommended.
– Gregor A. Preston, Univ. of California, Davis
Copyright 1989 Reed Business Information, Inc.

Thanks for downloading Murder in Little Egypt :