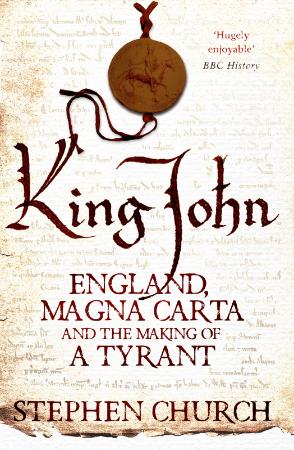 No English king has suffered a worse press than King John: but how to disentangle legend and reality?
The youngest of the five sons of Henry II and Eleanor of Aquitaine, the empire builders of the Angevin dynasty, John had small hope of securing any significant inheritance. Then, in 1199, on the death of his older brother Richard, John took possession of the vast Angevin lands in England and on the continent. But by his death in 1216, he had lost almost all that he inherited, and had come perilously close to losing his English kingdom, too.
Drawing on thousands of contemporary sources, Stephen Church tells John’s story – from boyhood and the succession crises of his early adulthood, to accession, rebellion and civil war. In doing so, he reveals exactly why John’s reign went so disastrously wrong and how John’s failure led to the great cornerstone of Britain’s constitution: Magna Carta. Vivid and authoritative, this is history at its visceral best.

Thanks for downloading King John England, Magna Carta and the Making of a Tyrant :