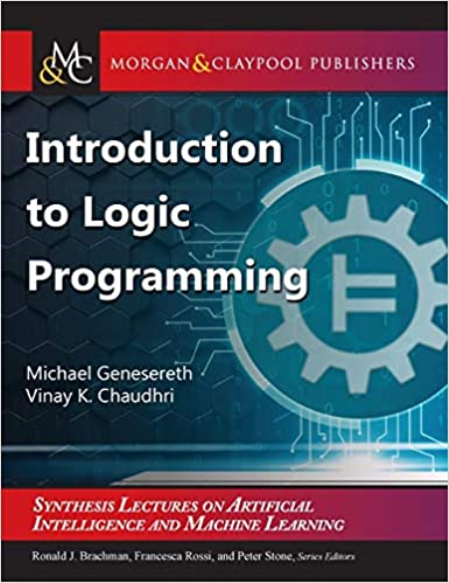 Logic Programming is a style of programming in which programs take the form of sets of sentences in the language of Symbolic Logic.

Over the years, there has been growing interest in Logic Programming due to applications in deductive databases, automated worksheets, Enterprise Management (business rules), Computational Law, and General Game Playing. This book introduces Logic Programming theory, current technology, and popular applications.

In this volume, we take an innovative, model-theoretic approach to logic programming. We b with the fundamental notion of datasets, i.e., sets of ground atoms. Given this fundamental notion, we introduce views, i.e., virtual relations; and we define classical logic programs as sets of view definitions, written using traditional Prolog-like notation but with semantics given in terms of datasets rather than implementation. We then introduce actions, i.e., additions and deletions of ground atoms; and we define dynamic logic programs as sets of action definitions.

In addition to the printed book, there is an online version of the text with an interpreter and a compiler for the language used in the text and an integrated development environment for use in developing and deploying practical logic programs.

This is a book for the 21st century: presenting an elegant and innovative perspective on logic programming. Unlike other texts, it takes datasets as a fundamental notion, thereby bridging the gap between programming languages and knowledge representation languages; and it treats updates on an equal footing with datasets, leading to a sound and practical treatment of action and change. – Bob Kowalski, Professor Emeritus, Imperial College London

In a world where Deep Learning and Python are the talk of the day, this book is a remarkable development. It introduces the reader to the fundamentals of traditional Logic Programming and makes clear the benefits of using the technology to create runnable specifications for complex systems. – Son Cao Tran, Professor in Computer Science, New Mexico State University

Excellent introduction to the fundamentals of Logic Programming. The book is well-written and well-structured. Concepts are explained clearly and the gradually increasing complexity of exercises makes it so that one can understand easy notions quickly before moving on to more difficult ideas. – George Younger, student, Stanford University

Paula Scher: Twenty-Five Years at the Public: A Love Story