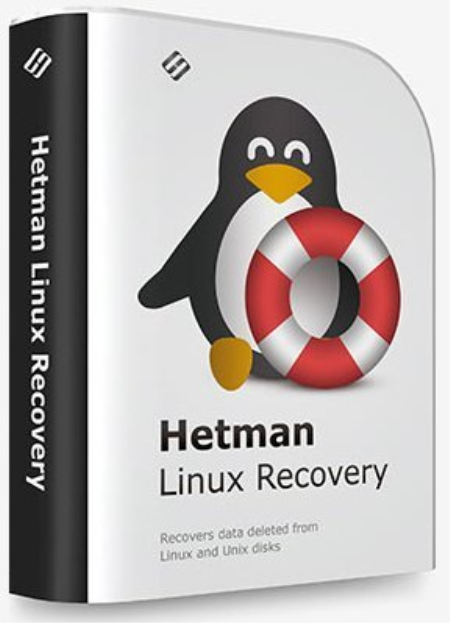 This is the utility developed specially to recover data from volumes with Ext2/3/4, ReiserFS, XFS, UFS file systems.

Surprisingly, but formatting a disk, removing partitions or emptying the Recycle Bin doesn’t delete information permanently, and it can be restored with Linux Recovery. This program supports hard disks and solid-state drives, memory cards and USB pen drives, which makes it a versatile solution in the field of data security.
The algorithm of the program extracts the data lost after formatting or partitioning a storage device with commands rm, fdisk, mkfs. Linux Recovery is only available for Windows, that is why you need to connect the disk to a Windows computer in order to access your data.

This utility comes in handy after:

Data is often lost because the operating system was reinstalled: Linux, Unix, FreeBSD, OpenBSD, Debian, Ubuntu, CentOs, SUSE or Solaris, you name it. Somes, not only chag to another operating system, but even upgrading your current OS requires backing up important data. However, just a single mistake (like removing the wrong partition, or forgetting to include another folder into your backup) can turn this routine operation into a complete disaster. Linux Recovery is there for you to protect valuable data against permanent loss.

Formatting a USB pen drive or memory card, or chag their file system usually means that all the files they contain will be deleted. If you don’t have a backup copy of your photos or videos stored on such media, you will find Linux Recovery useful.

The vast majority of network storage facilities use one of these file systems – Ext2, Ext3, Ext4. Our utility lets you recover data from any NAS manufactured by: HP, Dell, WD, Synology, LenovoEMC, Buffalo, QNAP, StoneFly, Seagate and others. Connect the NAS drives to the computer and scan them with this utility.

Deleting files from a video recorder

Autonomous video recorders which don’t use a computer to write video files to the hard disk often run on Linux. That is why FAT/exFAT or Ext2/Ext3/Ext4 file systems are usually chosen for saving video files. Our program is compatible both with car-mounted video recorders, and multi-channel devices by the following manufacturers: BlackVue, TrendVision, Xiomi, Falcon, Gazer, Hikvision, Dahua, AHD, NVR and others.

Windows doesn’t provide access to disks with Ext2/3/4, ReiserFS, XFS, UFS file systems. To read data from such disks, additional software has to be installed. Not only does Linux Recovery provide access to such file systems in Windows, but it also lets you recover files after they were removed, or after the storage device was formatted or suffered from a hardware failure.

Although Linux operating systems are less vulnerable to virus attacks than Windows, some viruses may still cause a data loss. Just like in Windows, antivirus products may overreact and remove an important file when they think it’s infected. Our program lets you recover files both after virus attacks and after antivirus actions.

Updates: official site does not provide any info about changes in this version.