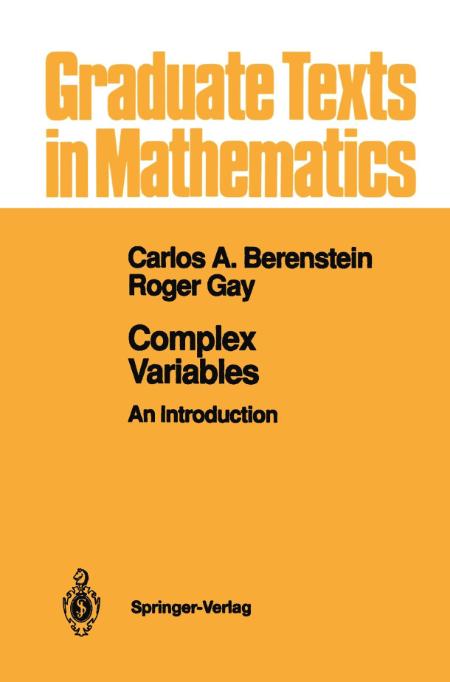 Textbooks, even excellent ones, are a reflection of their times. Form and content of books depend on what the students know already, what they are expected to learn, how the subject matter is regarded in relation to other divisions of mathematics, and even how fashionable the subject matter is. It is thus not surprising that we no longer use such masterpieces as Hurwitz and Courant’s Funktionentheorie or Jordan’s Cours d’Analyse in our courses. The last two decades have seen a significant change in the techniques used in the theory of functions of one complex variable. The important role played by the inhomogeneous Cauchy-Riemann equation in the current research has led to the reunification, at least in their spirit, of complex analysis in one and in several variables. We say reunification since we think that Weierstrass, Poincare, and others (in contrast to many of our students) did not consider them to be entirely separate subjects. Indeed, not only complex analysis in several variables, but also number theory, harmonic analysis, and other branches of mathematics, both pure and applied, have required a reconsidera­ tion of analytic continuation, ordinary differential equations in the complex domain, asymptotic analysis, iteration of holomorphic functions, and many other subjects from the classic theory of functions of one complex variable. This ongoing reconsideration led us to think that a textbook incorporating some of these new perspectives and techniques had to be written.