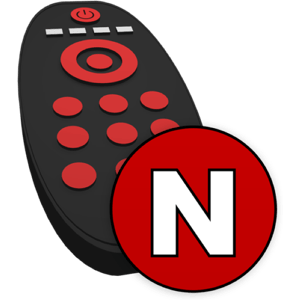 Launch Netflix right from your Dock
One click, that’s it.
No more switching between browser tabs. Simply launch Clicker for Netflix straight from your dock and get your binge on.
Plus, with InstantStart technology, you will pick up right where you left off the last time you were watching. Hunting to find your show again is so early 2000s.

Native Touch Bar Controls
Where’s my show??
Can’t find that show you were just watching?
Simply scroll through a list of your recently watched shows on the Touch Bar, tap on the name of the show you want to watch, and boom! You’re right back into your show.

I’m bored, let’s watch something else...
Tired of that show you’re watching?
Quickly switch to another show by pulling up your recently watched shows using Quick Switcher, directly from the video player!

Truly full screen browsing
Only have eyes for Netflix?
Show your love by making all that unnecessary chrome (pun intended) fade away with Netflix in its full glory.

Customize to your liking
Hate autoplaying trailers? Just check a box, and autoplay no more! It’s that simple.

• New: 4K HDR playback now works! Requirements: macOS Big Sur, a Mac with a T2 chip (Mac from 2018 or later), and Netflix’s UHD plan.
• New: You can now customize the items in the toolbar by going to View > Customize Toolbar
• Fixed: Fix spacing of items in toolbar
• Fixed: Fix sizing of buttons in Touch Bar