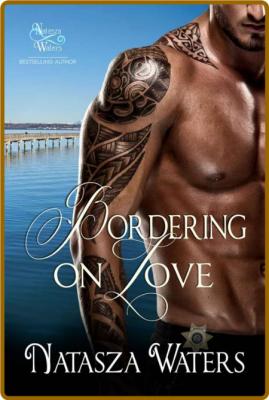 Five years ago, Grayson traded his SEAL trident for a badge in law enforcement. When his sister calls from the Pacific Northwest asking for help, he agrees to come home, but falling in love wasn’t part of the deal.

Hunting for evidence on a case, he crosses paths with Holly.

“Other than attracting men’s attention and causing a disturbance, have you noticed any suspicious activity around the resort?”

When the raven-haired woman’s unforgettable eyes snap with indignation, Gray’s certain he’s pissed her off. As she walks away, he’s left with the feeling it’s him who’s rattled.

He and Holly cross paths too often to call it coincidence.

Each time, it’s like being struck by ten-thousand volts. Gray hides his attraction behind the badge he wears until some punk assaults her. To serve and protect Holly isn’t enough.

The last words Holly’s ex said before leaving her for another woman didn’t destroy her. It made her stronger.

“Face it, Holly, you’re boring. Marrying you was a mistake.”

Her only mistake was trusting a man dedicated to sleeping with other women. She’s not dull, she’s a scientist who deciphers ancient scripts. With her divorce finalized, she escapes for a weekend getaway. When an inebriated guest at the resort steps out of line, Det. Brooks intervenes. His weathered, warrior good looks are hard to ignore. Luckily, she’ll never see him again. But fate pokes its finger in her simple life when she’s mugged and the rugged detective she wants to forget responds to the call.