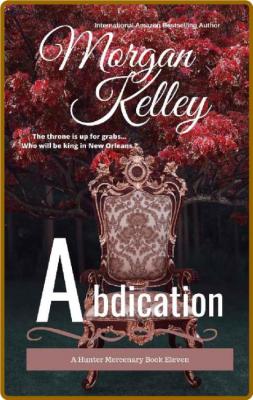 Meaning: failure to fulfill a responsibility or duty.

Jagger Armstrong is having the worst day of his life, and that’s saying a lot since he’s been through plenty.

His first wife, Roxy, was killed and he couldn’t save her. Now, his second wife was just blown up in front of him, and his whole world is hanging in the balance of that single, solitary moment.

How’s he supposed to carry on?

Yet, he has no choice.

New Orleans is about to fall prey to El Gato, and that would mean so many lives. As a Marine, he knows he has to protect and serve. Somehow and some way, he has to push on for his family, and for his Maura.

The love of his life.

Only, there are surprises around every corner, and before Jagger can adjust to Maura’s death, he’s blindsided with news that catches him off guard.

If he can just hold on.a little longer, they might just beat El Gato at his game, saving the city, The Hunters, and his soul.
It’s about to be a bumpy ride, but in the end, two things are a certainty.

Even for the bad guys.

The throne is up for grabs, and Abdication is not a definite. .

In New Orleans, nothing but death is. Can The Hunters pull off the mother of all Hail Mary’s?
They’re about to find out.

Once and for all.